Cheater, cheater, trash can beater: the Astros and the integrity of baseball 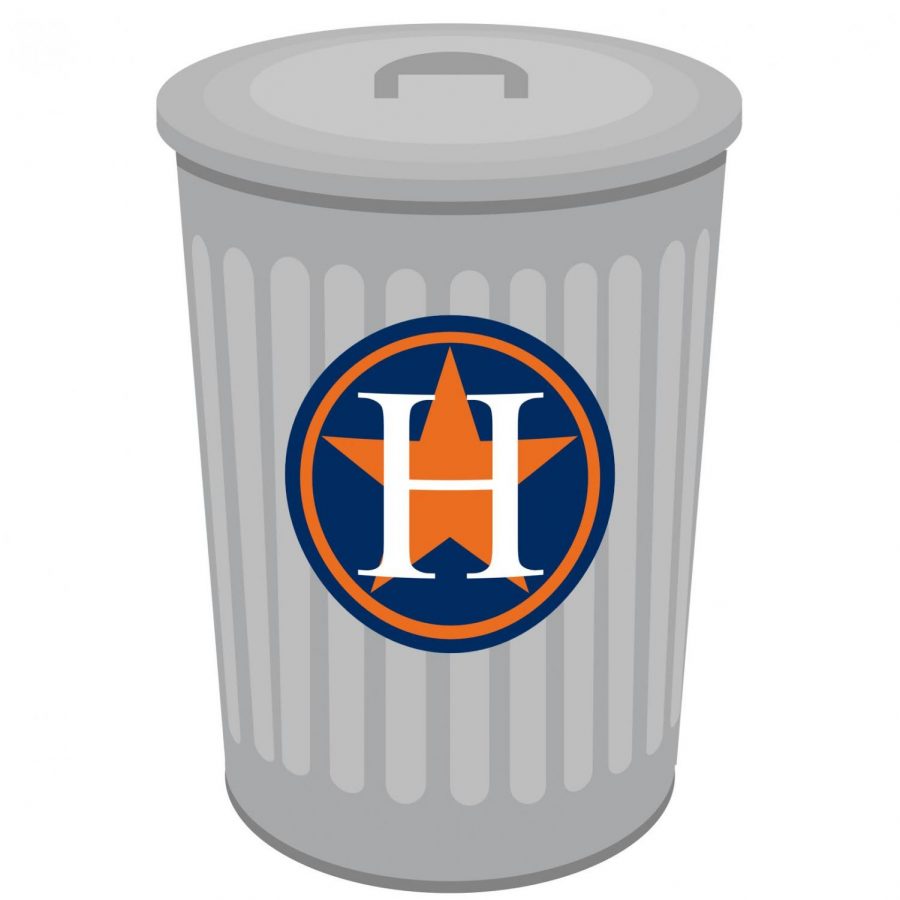 As players and coaches reported to spring training this past week for the 2020 season, all focus was retrospectively on the 2017 World Series. The allegation that the 2017 champions, the Houston Astros, were cheating during the playoffs was not brought to light until November 2019. An investigation by Major League Baseball (MLB) confirmed that the Astros were electronically stealing signs in both the 2017 and 2018 seasons. Bench coach Alex Cora used TV monitors outside the dugout to decode opposing catchers’ signs and players in the dugout would subsequently bang on trash cans to communicate to batters. The Astros stole a World Series, while José Altuve and George Springer stole the American League (ALCS) and World Series’ MVPs, respectively, robbing the awards from other deserving players and arguably making this the biggest scandal in MLB history.

In terms of consequences, general manager Jeff Luhnow and manager AJ Hinch were suspended for the upcoming 2020 season and were fired from the Astros organization. Bench coach Alex Cora, who went on to manage the Boston Red Sox (2018 World Series Champions, who are also under investigation because of Cora), was also let go from that organization; the same can be said for Carlos Beltran and the New York Mets. In the wake of the investigation, the Astros held a press conference where third baseman Alex Bregman, José Altuve and others gave half-hearted apologies. Owner Jim Crane expressed insincere remorse, yet stood by his opinion that stealing signs did not impact the championship games, suggesting that Altuve’s walk-off home run in Game 7 of the ALCS wasn’t an impactful moment in their 2017 postseason. Along the same lackluster vein as the Astros’ apology, MLB commissioner Rob Manfred has also issued one of the weakest punishments in baseball and sports history: suspension of Luhnow and Hinch, loss of four draft picks and a $5 million fine. In the past, players using performance enhancement drugs (PED’s) have faced extensive game suspensions. Former player and Cincinnati Reds manager Pete Rose was even banned from the game of baseball in 1989 after being caught for gambling on games, mirroring the 1919 White Sox scandal that resulted in eight players being banned for gambling. The Astros will not be joining the likes of Pete Rose or Shoeless Joe Jackson, but instead have reported to spring training with the backing of Manfred, who says that the court of public opinion has punished them enough. Some of the biggest names in the game currently, such as Cody Bellinger and Mike Trout, have verbalized their loss of respect for the Astros players and are outraged at the lack of remorse by the organization. Should the Astros go down in history as World Series champions? Should the standard for athletes that cheat be that of Olympic champions that lose their medals if caught cheating or doping?

The Astros “defeated” the Los Angeles Dodgers in the 2017 World Series; while it is an athlete’s nightmare to lose to a cheating team, it would be no solace to be awarded a championship title two years later. Even though it is not in the Dodgers’ interest to be awarded the 2017 title after the fact, the Astros do not deserve it. The Astros should be required to give up the World Series title, rings and bonuses. Manfred commented: “The idea of an asterisk or asking for a piece of metal back seems like a futile act.” However futile the act seems, inaction loudly implies rules can “strategically” be pushed to their limits. If there are minimal consequences, wouldn’t it be worth it for teams to try and level the playing field?

Will baseball forever be tarnished by this scandal? The inaction of Manfred and his encouragement to fans and the Astros to move on may have instead cemented this scandal in the reputation of baseball forever. In the 1980s, when steroid-users did not receive adequate punishments the problem continued for decades. Has the sanctity of baseball now been reduced to banging on trash cans? The magnitude of the scandal’s impact on the game may never be fully known, but one thing can be said for sure: the MLB has failed miserably at defending the integrity of baseball by allowing cheaters to be champions.