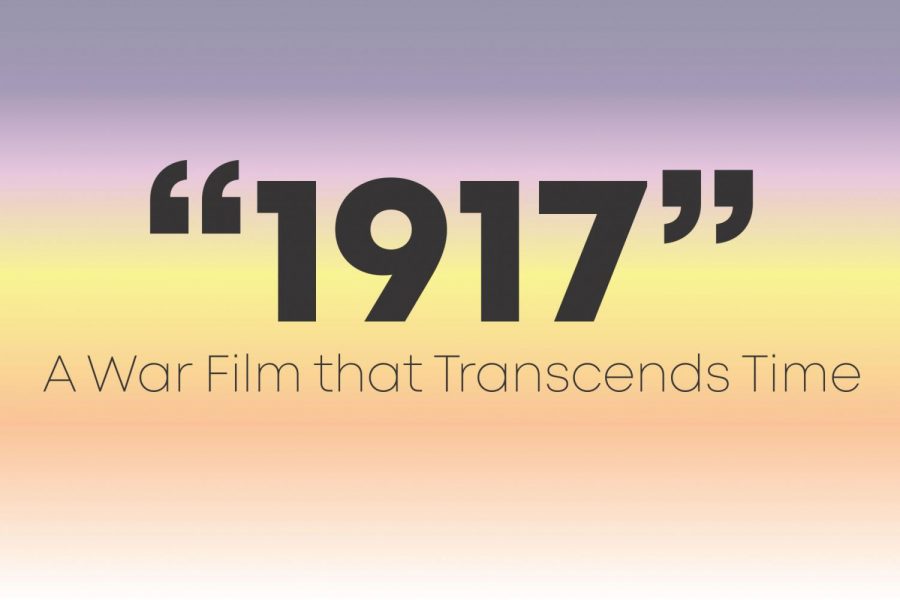 With the 92nd Oscars occurring this past February at the Dolby Theatre in Hollywood, several moviegoers have new films on their “Must Watch” lists. A few notable wins from the celebratory night include Renée Zellweger winning Best Actress for “Judy,” “American Factory” winning the Best Documentary category and Jacqueline Durran winning Best Costume Design for her role in “Little Women.” One of the most historical accomplishments was the film “Parasite,” the first non-English movie to win Best Picture and the first South Korean film to win Best International Feature Film, as well as taking the awards for Best Director and Best Screenplay.

Among other award-winning films was director Sam Mendes’ “1917,” which got 10 nominations and three wins in the Best Cinematography, Sound Mixing, and Visual Effects categories. Receiving an 89% on Rotten Tomatoes, the film boasted other positive reviews from critics, including one from John Anderson of the Wall Street Journal that assures the film was “nothing short of inspiring.”

To understand why the film should be seen not only once but perhaps four times, let’s take a look at the film in detail to examine its narrative structure, technical achievements and significance in the war film genre.

“1917” follows the race-against-time narrative of a pair of British soldiers, Lance Corporal Tom Blake (played by Dean-Charles Chapman) and Lance Corporal Will Schofield (played by George MacKay). The film documents the two characters as they travel across no man’s land in northern France in order to prevent a surprise German ambush on 1,600 Allied soldiers. The stakes of the strategic attack are high, due to not just the impending pressure of the ambush itself, but also the risk of Tom’s brother, Lieutenant Joseph Blake, being among the targeted soldiers.

As Will and Tom make their way to the coast of northern France to deliver the message of the attack to Colonel Mackenzie (played by Benedict Cumberbatch), Tom is killed in action via a stab wound from a German soldier. Following Tom’s death, Will is forced to travel on his own to the coast — to not only carry out his original mission but also to deliver Tom’s dog tags to his brother.

Hostetter commented on the narrative structure’s singular character perspective.“We’re following this one character, we never leave [Will]. We never cut to a second story that’s so common in movies nowadays because people have short attention spans. So it’s just ‘Oh, let’s go to another character,’” she said. “[In “1917”], we’re stuck with him, so we instantly have that bond with him. We have to like him, we have to root for him . . . We don’t want anything to happen to him because we want the movie to continue.”

Speaking to the limited point-of-view that the film adopts, Hostetter said, “We don’t have the foresight that a movie would typically give you. We only know what information he has.”

The film’s critical acclaim at the Oscars and other awards shows is linked to its innovative use of a supposed “one continuous shot” — a shot that does not interrupt the film’s narration. Rather than sticking to the modern Hollywood tradition of using multiple cuts to differentiate conversations and scenes in film, Mendes’ decision to present the film as one continuous shot makes “1917” an oddity as well as a rarity in the age of action-packed films, such as those in Marvel or DC films.

In an interview with Vox, Mendes explained his presentation of the one continuous shot. “I wanted to tell this story in two hours of ‘real-time,’” he said. “In a movie that operates more like a ticking-clock thriller at times, I wanted an audience to feel every second passing and take every step with them, and also be aware of geography and distance and physical difficulty. The feeling that you are going to have to live through the story with them is accentuated by not cutting.”

Despite Mendes’ claim of “not cutting” the film, if one were to keep a keen eye on potential moments when there is indeed a cut in the film’s editing, it would be apparent that there are at least four cuts made throughout “1917.” Nevertheless, “1917”’s minimal cuts is still a technical achievement in conveying the “real-time” that Mendes intends audiences to feel in watching the story unfold.

In addition to the groundbreaking editing, “1917” showcases other technical aspects that are intended to bring the story to life. The use of natural lighting and a musical score that heightens audiences’ awareness of Schofield’s environments, as well as the use of varying camera movements are just a small fraction of the technical aspects showing that “1917” deserved all of its award show nominations.

In terms of evaluating “1917”’s placement in the war film genre, it is clear that Mendes has solidified himself amidst the company of directors who have also directed war films, such as the likes of Stanley Kubrick, Francis Ford Coppola, Christopher Nolan, Steven Spielberg and Kathryn Bigelow. While Mendes’ film is “nothing short of inspiring” in terms of its technical achievements, those familiar with war films will recognize that Mendes might have taken visual and narrative inspiration from other war films, including Kubrick’s 1987 “Full Metal Jacket” and Spielberg’s 1998 “Saving Private Ryan,” respectively.

When considering how “1917” stands in the modern age, it should be said that Mendes has achieved a feat not done in recent years by many modern directors. “1917” is a film that — while focusing on one particular day in history on April 6, 1917 — transcends and manipulates time to create a thrilling two-hour experience that has been unmatched in recent filmography.

Just like how Will says “Age before beauty” at the beginning of the film before crossing into no man’s land with Tom, “1917” is a film that forces audiences to pause and take notice of the beauty of humanity’s resilience — all the while being taken along the relentlessly taxing journey to the film’s ending.