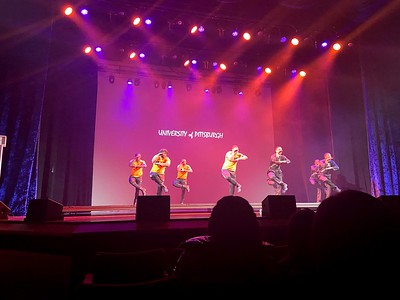 On Feb. 29, the 2020 Stomp Out performance was held in the University’s Weis Center. This performance was hosted by the Black Student Union (BSU) organization on campus as part of their Black Arts Festival event series. They were successful in making the event both informational as well as entertaining by encouraging interaction between the audience members and the performers.

The night started off with a video explaining what stepping is: a form of dancing where the participant uses their entire body to create different rhythms and beats. The dancer’s body is used as an instrument by using footsteps, spoken word and hand claps to create a variety of different sounds.

The tradition of stepping combines the movements used in military drills and traditional African foot dances. These dance rituals have been practiced historically by African American fraternities and sororities, and many popular stepping routines have been passed down within these organizations.

The Player’s Clubs, a dance group from the Bronx, were the first to perform. Their number showcased various pieces that synced up with words and phrases that they spoke as they performed. Towards the end, they allowed audience members to join them onstage and taught them the basics of stepping — among these members were many young children who were able to learn how to step and perform in front of a large audience.

Next to perform were the Bisonettes, a dance team at the University that often performs at games and other events. Their number incorporated the modern conventions of hip hop, while also incorporated stepping, creating a unique hybrid style.

Following the Bisonettes, a fraternity from the University of Pittsburgh was introduced. They utilized elements of music and video in their performance, where they alternated between showing a video and stepping to music in response.

To close out the show, groups from sororities and fraternities representing the University, Dickinson University, and Bloomsburg University, came together along with alumni from various teams to perform a final stepping routine. They also showed a video that promoted diversity and inclusion by using spoken words that went along with the stepping performances.

The show was attended by students and faculty of the University, as well as members of the outside community, that represented a range of groups. Throughout the show, the audience kept the energy high. Applause and cheers could be heard from all corners of the room.

“My experience at Stomp out was great and extremely necessary. I’m entirely grateful to perform and even watch many of the movements created by my ancestors. It was amazing to just have that connection with my heritage and share the stage with my team,” said Caché Harris ’22.