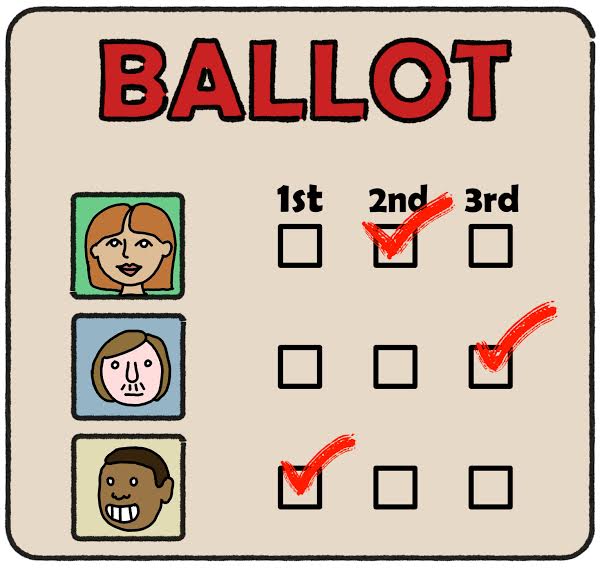 In the United States, there is a plurality electoral system, meaning that elections operate with a winner-take-all methodology. This system has naturally formed a polarization in this country between the members of our two major parties. Many organizations are calling for electoral reform in the United States, demanding an electoral system change to ease this divide. One proposition is to shift towards a proportional representation (PR) system, particularly for the House of Representatives. A significant difference resulting from this change would be the morphing of small, single-seat districts into large, multi-seat districts, meaning each district would have multiple officials. This shift would encourage a more diverse form of democracy in this country, allowing minority party candidates an opportunity to represent the citizens that voted for them even if they could not surpass the other candidates from major parties to earn a plurality.

A PR system divides the number of votes for a candidate by the number of seats within a district. A threshold would then be put in place to set a minimum percentage of votes for a candidate to receive a seat. To maintain the number of seats in the House, district lines would expand to encompass multiple old districts while having three to five officials represent that large district. FairVote, an organization that supports a shift to a PR system in the US, has created an example of the redistricting if conducted in Pennsylvania. There would be six new districts with three representatives being elected for each district, replacing the previous 18 single-member districts. The FairVote map predicts that nine Republicans would receive seats as well as nine Democrats, with about half of the districts being contested races. Even with only two parties, PR has proven to provide more fair representation for citizens. With the system of voting, however, the US could see a rise in third-party officials.

Ballots for the new election system would utilize ranked-choice voting (RCV). Voters would have the ability to rank candidates from most desirable to least desirable following how many seats are available within their district. If five seats were available, a voter could rank five candidates from first to the fifth choice. If 20 individuals were running for those five seats, then five of those 20 candidates would need to surpass a threshold of votes (in this case, the threshold would be 1/6th vote plus one vote, since only five candidates could reach that number). What happens if no candidates reach the threshold? If that were the case, the lowest-performing candidate would be removed from the second round of counting ballots, which means that the second-ranked candidate of any voter that placed the eliminated candidate as number one, would be counted as their vote. This process would continue until five candidates reached the threshold. This system of voting is far more democratic than the American way of voting. No vote is wasted in RCV because if an individual’s first choice loses the race, then their second choice is taken into consideration. Through that belief, voting for third-party candidates would no longer be considered a throw-away vote. If the third party did not win, then the voter can be comfortable knowing that their second choice counts.

Through the adoption of a PR system, the U.S. would finally encourage more political voices to be heard while allowing them fair representation. PR would guarantee diversification of political representation. At the same time, RCV would give a stronger incentive to citizens to vote based on their own ideologies, not based on who they believe will win the single-seat, by ensuring that no votes are wasted on a losing candidate. Cities across the United States are even adapting RCV to fit into our plurality system. San Francisco, Minneapolis and many other cities nationwide have used RCV for mayoral elections, according to fairvote.org. The state of Maine even uses RCV for all state and federal primary elections, as well as for all general congressional elections. These systems have worked efficiently so far, but combining ranked-choice voting with proportional representation will ensure that the United States remains the democratic powerhouse that it has always been.