The Green New Deal movement: Striving for a greener world 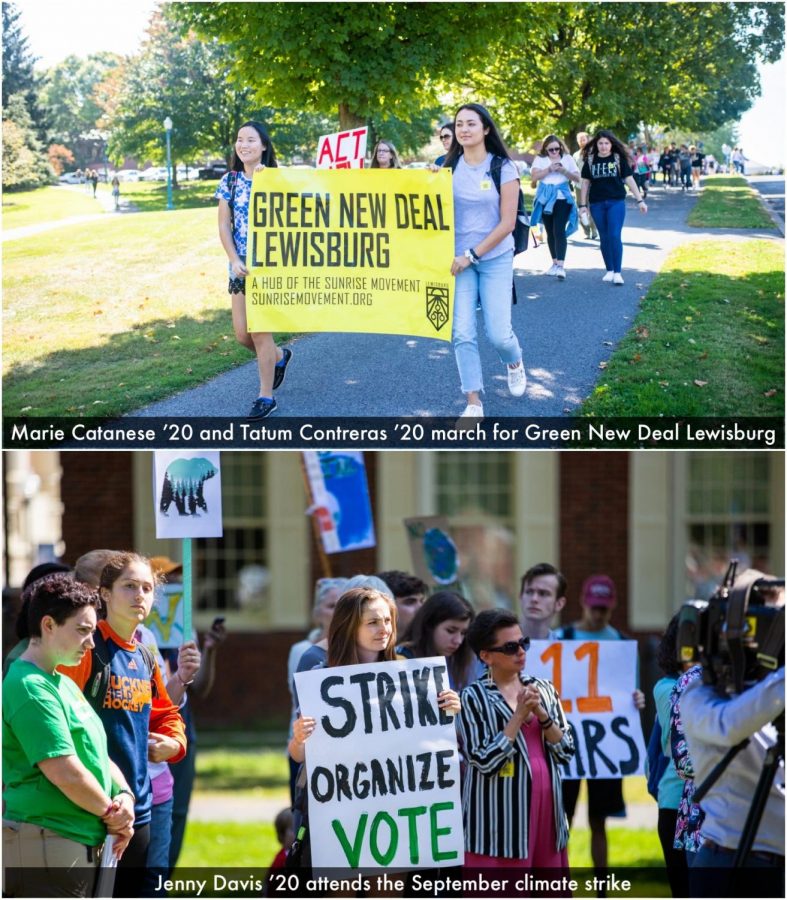 April 22, 2020 marked the 50th anniversary of Earth Day, a national movement that started in 1970 when 10% of the country’s population marched in unison to raise awareness of the harmful effects human activity had on the planet. The Earth Day movement grew over the years as public awareness led to action by the United States government with the creation of the Environmental Protection Agency, as well as the passing of numerous environmental protection acts thereafter.

In recent memory, the environmental movement has shifted its focus to creating the Green New Deal movement, which strives for a greener world by addressing climate change by creating a 100% clean and renewable energy society with net-zero greenhouse gas emissions. The Green New Deal acknowledges that environmental efforts cannot be handled alone, so the movement also addresses socioeconomic inequality issues such as job creation, infrastructure investments, sustainability in clean air and water, access to food and social justice for minority groups.

While the Green New Deal was not passed when it was up for resolution in 2019, the movement itself has not dwindled and instead has continued through the efforts of political activist groups such as the Sunrise Movement. The Sunrise Movement, based in Washington D.C. and led by young activists, is spread in hubs all around the United States —  one of which is located in Lewisburg.

Green New Deal Lewisburg (GNDL) has operated as a local extension of the national efforts toward combating climate change. This year, the local hub has had three main goals in making the University and Lewisburg greener.

The goals include: transitioning away from fossil fuel use by retiring the cogeneration natural gas plant on campus and instead use more cleaner, renewable energy sources by 2030, divesting from fossil fuels, and reforesting the Elaine Langone Center (ELC) front lawn. In efforts towards achieving these goals, GNDL has held climate strike marches and hub meetings, staged sit-ins at University Board of Trustees meetings, and has even met with University President John Bravman on multiple occasions to discuss their efforts.

In speaking about why she joined GNDL, Cheyenne McKinley ’20 stated, “I became involved in the Green New Deal movement last fall after attending a climate strike organized by the movement. The climate crisis is always something I have been passionate about, but I wasn’t sure how to help on a larger scale — more than just reducing my carbon footprint. When I saw there was a hub in my area, I knew this was the way to fight against climate change and I just had to get involved.”

Echoing McKinley’s sentiments, Mary Collier ’21 explained she joined the movement last fall, as well, and said, “I attended the strike because I’m scared about the future of our planet and I wanted to voice my concerns with other local, like-minded folks. I thought the rally was really well-attended and well-organized and it inspired me to become more involved with the climate justice movement, so I attended the hub’s next meeting. I’ve been working with them ever since.”

Over the past year, GNDL has made significant progress in working toward their goals.

In recounting some of the hub’s achievements, Sarah Wochele ’19, one of the hub’s main organizers, spoke about the recent climate strike that the hub sponsored in September of 2019. “Our September strike brought together over 600 people. One of the PSAFE [officers]… told us that it was the biggest demonstration he had seen at Bucknell in 12 years. I think it is safe to say that it was the biggest climate demonstration in Bucknell’s history”

Wochele continued in her statement about the September strike by saying, “It helped us to galvanize Bucknell to consider one of our three asks right away: the reforestation of the campus front lawn.”

In November of 2019, the climate strike’s efforts were realized when President Bravman agreed to their third goal, announcing his plan to reforest the ELC front lawn to the University community.

Following the momentum of the September strike, GNDL hosted a December climate strike and started petitions to have Bucknell commit to renewable energy and the divestment of fossil fuels. The divestment petition, which circulated in February 2020 with the slogan “Have the Heart to Divest and Reinvest,” was rapidly successful and gained hundreds of signatures within days of the petition’s circulation.

Going Forward on Sustainability and Beyond

With the movement now having to adjust to being remote as the University and institutions around the country and world adjust to the global pandemic, GNDL has decided to remain active despite the challenges. Through campaigning, the hub has continued to advocate for its goals. Wochele further explains, “We are still campaigning for retiring the natural gas ‘cogen’ plant, divestment from fossil fuels and investing in front line communities, and making sure we see the reforestation plans for the campus front lawn take root.”

As part of GNDL’s wider plan of tackling their goals, the hub has been advising on the University’s Sustainability Plan. The most recent draft of the Sustainability Plan did not yield support from GNDL. Sarah Wochele explains that the draft “falls flat in many ways.” She, along with the rest of GNDL, have criticized the plan for not mentioning “the long-term end goal being carbon zero, [that] the concept of carbon neutrality [mentioned in the draft] doesn’t even fit Bucknell’s own definition of sustainability, and there is no mention of a timeline to retire the cogen plant — these are just a few critiques.”

The Sustainability Plan has been put on hold by the University’s Office of Campus Sustainability until August of 2020, where a public forum is planned to be held on the Plan’s draft.

As the 50th anniversary of Earth Day has reminded us of the importance of sustainability, it is clear that Green New Deal Lewisburg will continue to strive for a brighter, greener world for the foreseeable future.

To get involved in the movement, contact [email protected]