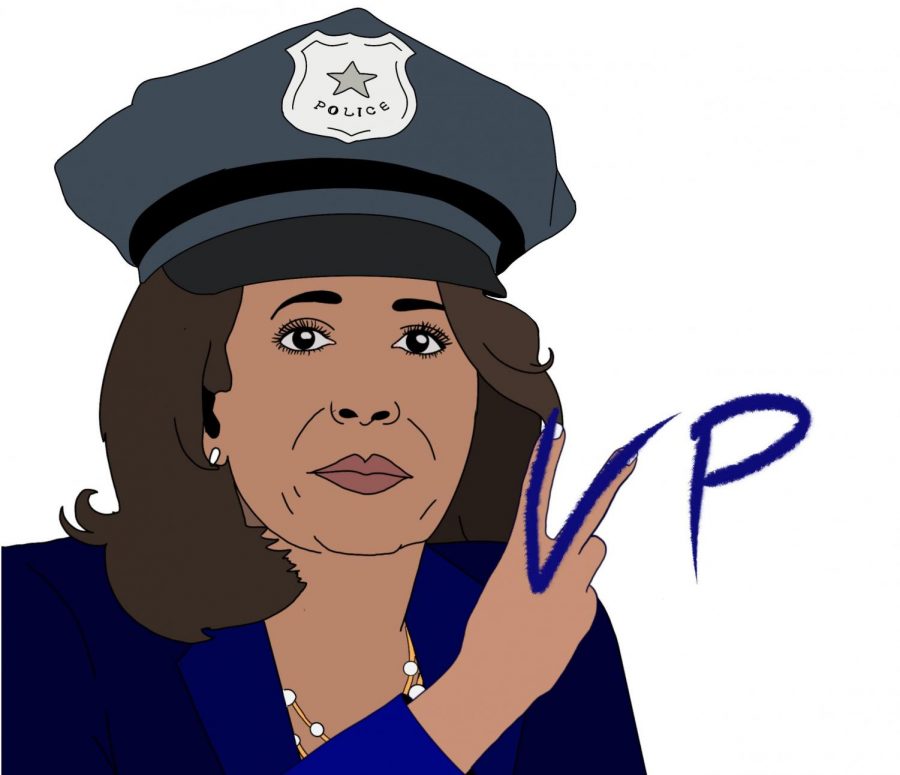 On Aug. 12, news media reported a breaking story we all knew was likely, or even inevitable: Kamala Harris had been chosen as candidate Joe Biden’s running mate in the 2020 election. Liberals and even some progressives soared at the news, confident in Harris’s leadership and hopeful for the representation of a Black and South Asian woman as future Vice President of the United States. The representation of Black and South Asian women in this way represents a major victory. Still, I, along with others, remain skeptical of not just the choice of Harris as the running mate, but also the Biden campaign and its rhetoric. Each of these characters probably deserves their own article, but I lack the psychological capacity to deal with liberalism for longer periods of time, so I’m going to be doing an around the board review of the Biden/Harris campaign to this point. To save you some time, it gives me a great deal of worry.

Biden himself has been claimed to be quite possibly the most progressive president since FDR. This might be the case, but FDR also funneled government money into segregated New Deal programs designed for whites only, expanded U.S. imperialism abroad and interned Japanese people for the crime of having been born, so the bar is on the floor, folks. Already, Biden’s continual rhetoric challenges the notion that the portion of the Left can win progressive victories within his presidency. On July 28, Biden released a statement calling for the full prosecution of “anarchists” and “arsonists.” Biden utilizes and then promptly denies the use of law and order political rhetoric when he says “there is no place for violence and the destruction of property,” although maybe I should give him credit for consistency here because he may be alluding to his stoic defense of the Keystone XL natural gas pipeline built over indigenous lands during Obama’s presidency. It takes political courage to not evolve on the issue of the use of political violence by dispossessed communities from the era he gave a eulogy at Strom Thurmond’s funeral in 2003 until now. A heightening sinophobia caused by Biden’s tightening critique of China also gives me particular concern, because it seems both Biden and Trump are strong manning over who can be the bigger white savior of the Uighur Muslims while at the same time operating concentration camps for migrant families on their own border.

Harris may in some respects be less problematic than an individual like Biden. She, at least one point in the 2020 campaign, supported proposals which may break down systems of generational poverty and racism, including Medicare for All. She later backed down on the elimination of private insurance, and has slowly been changing other perspectives to moderate her tone as well. But for what? It seems as if to participate in Biden’s campaign whatsoever she was forced to silence herself on issues regarding restorative justice. Harris, as a VP choice, may also not have been the best pick in a year of heightened Black resistance to the police and institutions of power. Harris, “Top Cop,” as she called herself, prosecuted hundreds of non-violent drug offenses and put many Black people behind bars, only to laugh light-heartedly about her own recreational drug use when asked on “The Breakfast Club,” a radio show based in New York. She also denied gender-affirming surgery to transgender inmates in California, resulting in the death of many of these people.  To backpedal and apologize for this years later when she was under the process of vetting her record to run for political office truly makes me believe she wasn’t sincere in her apology, and those trans folks’ lives can never be saved with any move to rehabilitate Harris’s PR. Thus, while Harris’s term as Attorney General was not as bad as a flat-out reactionary’s, her commitment to the progressive values she claims to hold is unclear.

Finally, Biden and Harris have positioned themselves as moderates willing to “Build Back Better.” But my ears ring when I hear that phrase. “Build Back Better” means the perpetuation of the American imperial project of building off of Black trans bodies, Yemeni bodies, and so many bodies subject to U.S. mistreatment and abuse domestically and abroad. Lives have been rendered objects and a part of a replaceable background by the Democratic electoral framework that doesn’t seek to resist, but instead moderate, fascism. “Build Back Better” is a quiet way of saying “Make America Great Again.” Both signify a return, some sense of normalcy, but only for white folks. What is returned to is as American as apple pie; the tradition of the erasure of marginalized people and the slow, hot burn of dehumanization of those who reject social, economic, racial, gendered and cultural norms. Perhaps instead of blindly following centrists to normalized American fascism, the Left should be problematizing the idea that electoral strategy can even serve as harm reduction at all. The Democratic campaign is resting on the safety of people scared of a second Trump presidency, that the public won’t realize that a promise made isn’t a promise kept. Don’t be so naive.